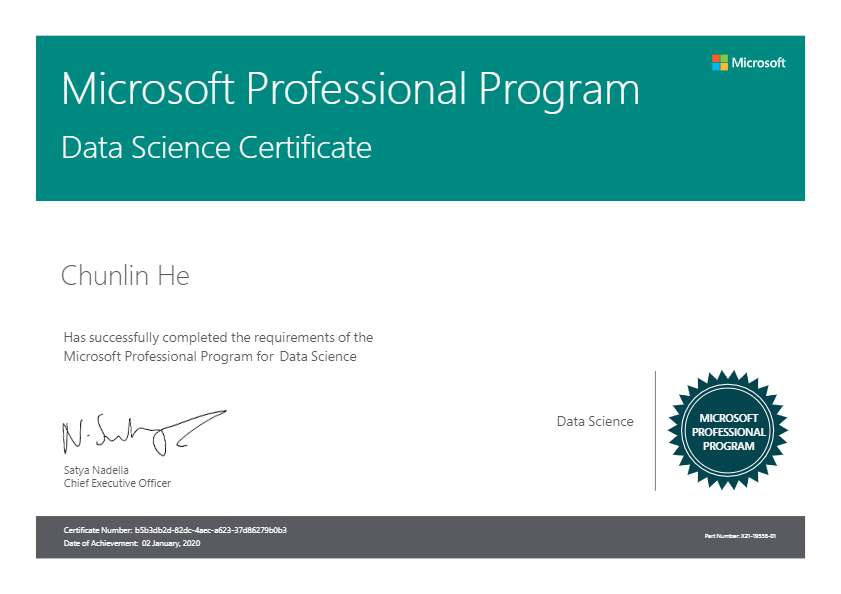 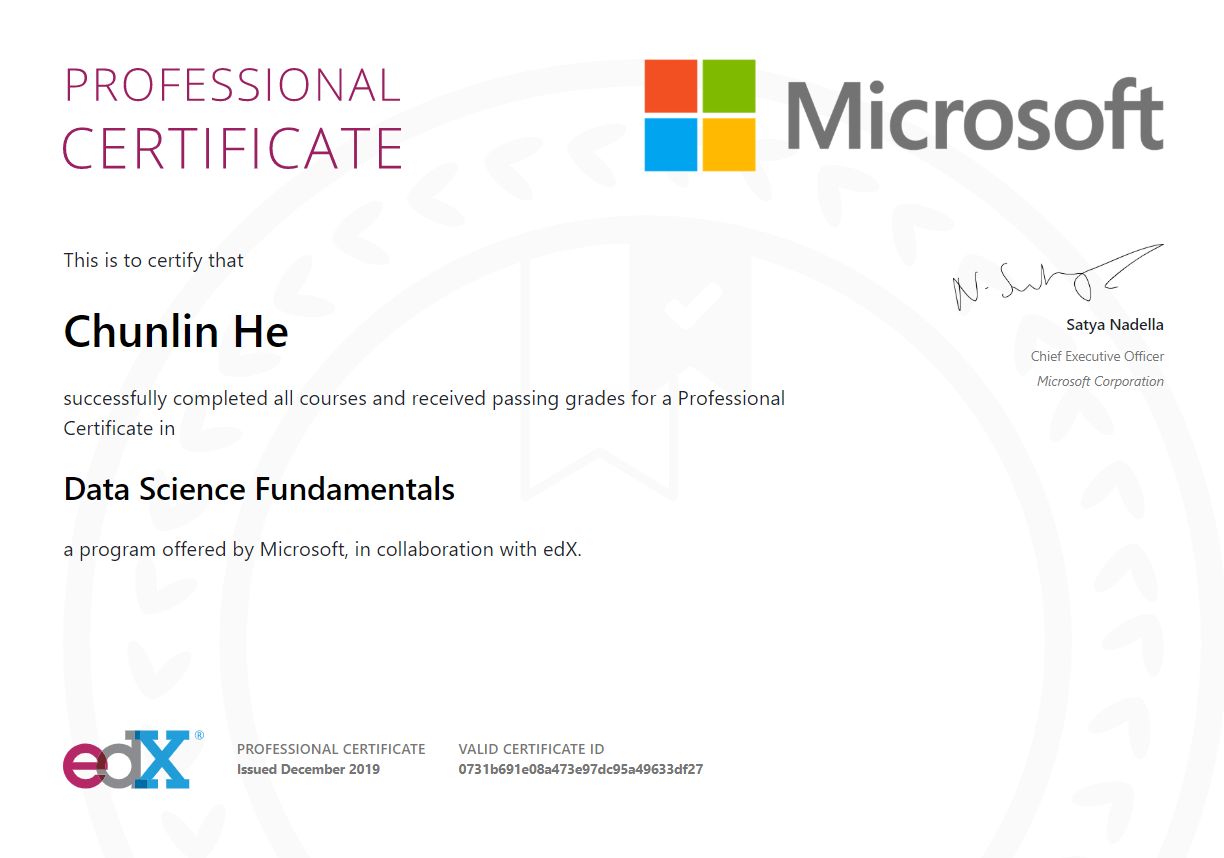 The early experience in programming for his Master’s degree

While pursuing his graduate studies for a Master’s Degree in Statistical and Quantitative Genetics at Nanjing Agricultural University, the author had the opportunity to take the programming courses, i.e. Fortran (formerly FORTRAN from “FORmula TRANslation”) and BASIC (“Beginner's All-purpose Symbolic Instruction Code”). Soon, he created genetic algorithm using the programming languages to develop quantitative genetic models for data analysis and prediction of various genetic parameters for the quantitatively inherited traits of soybean for his M.S. thesis project.

By the way, Fortran is a general-purpose programming language which is well suited to numeric computation & scientific computing. It was developed in the early 1950s by the team led by John W. Backus at IBM and later released in 1957. However, it's a compiled language compared with other interpreted languages such as Python and JavaScript. BASIC is a general-purpose and high-level programming language which was designed by John G. Kemeny and Thomas E. Kurtz at Dartmouth College in New Hampshire, USA in 1964.

Computer simulation for his PhD project

One of his earlier experience was the computer simulation of the distributions of the phenotypic data which were influenced by both genetic and environmental factors as part of the research proposal for his PhD project at the University of Saskatchewan. The phenotypic data, due to the genetic models and the modes of gene actions, depended predominantly on the number of genes as well as the environmental factors varied by the locations and years for the resistance to the common bunt disease of wheat using SAS and MINITAB packages. Referring to the genetic approach of Robert C. Elston, the initial intention was to explore the possibility of grouping or clustering the

-derived progenies or families from the breeding populations to determine the number of genes controlling the disease resistance through the analysis of Mendelian inheritance, using simulated datasets based on the binomial distribution:

), m is the number of diseased plants while n is the total number of wheat plants evaluated for the specific genotype. The expected mean of the probability distribution is

Looking back the simulation with the concept of machine learning (unsupervised learning) in mind, the objective of the simulation was basically to draw inferences for classifying genotypic groups from the datasets simulated with the genetic models under different assumptions through the cluster analyses such as k-means, mixture models and hierarchical clustering.

His previous roles with diverse datasets

Database management, data curation and analyses: Dr. He has worked as the Alfalfa Toolbox/Data curator at Noble Research Institute, where he managed databases, curated and analyzed data for the multi-million dollar alfalfa toolbox project (ABT) to enhance molecular breeding targeting the 8-billion dollar alfalfa market. Some of his responsibilities pertained to managing the genomic, genetic and phenotypic datasets for the integration into the toolbox web portal to provide user-friendly access to the research community, for instance, to find the homologous/orthologous genes through sequence blasting against the reference genomes of the Cultivated Alfalfa at the Diploid Level (CADL) (Medicago sativa) and M. truncatula, the model legume species. The Genome Browser (JBrowse) was used to build the toolbox that harbored numerous valuable genes from the two species in the fashion that the Legume Information System (LIS) demonstrated. Many of them were identified and validated through gene expression, such as genes that confer tolerance to aluminum (Al) toxicity, drought and heat stress, similar to the Mt Gene Expression Atlas, an in-house platform at Noble Research Institute, or to the portal of phytozome. The ABT also harbored many genetic maps and numerous phenotypic data linked to the USDA-ARS Germplasm Resources Information Network (GRIN) to serve as a one-stop shop, which was tailored for research scientists to select the economically important genes and elite germplasm simutaneously and aimed to provide all resources for molecular breeding with efficiency to increase genetic gain not only for the forage crop but for the beef industry, ultimately.

Managing 100+ data projects: Dr. He has also worked for the CGIAR Generation Challenge Programme (GCP), currently the Integrated Breeding Platform (IBP), c/o CIMMYT, which was mainly funded by the Bill & Melinda Gates Foundation (BMGF). Then, he managed more than 100 data projects to assist many research programs in generating genotypic data for molecular marker-assisted breeding of crop species to increase genetic gain for the 100+ academic and research institutions in 50+ developing countries across different continents. For instance, Dr. He, together with his colleagues, coordinated the development of many sets of SNP markers and advocated their applications to target important genes in the 11 key crop species, such as rice (Oryza spp.) and common bean (Phaseolus vulgaris). All sets of the KASP SNP markers were carefully selected including those from the important gene sequences of interest and developed across the genome of the relevant crop species. Many of them are associated with the economically important traits such as yield, quality, disease resistance and stress tolerance etc. He worked closely with the plant scientists to generate genomic, genetic and phenotypic datasets and conduct molecular breeding, some of his efforts are demonstrated through his introduction in the program interview (including the Chinese version). Also, as he has continued introducing the KASP assay through his publication for generating genotypic data, many research programs have adopted the cost-effective KASP assay into their own research laboratories.

If you have any questions, suggestions or would like to collaborate with data science projects, you may contact the author by email or by sending message and contact information below. 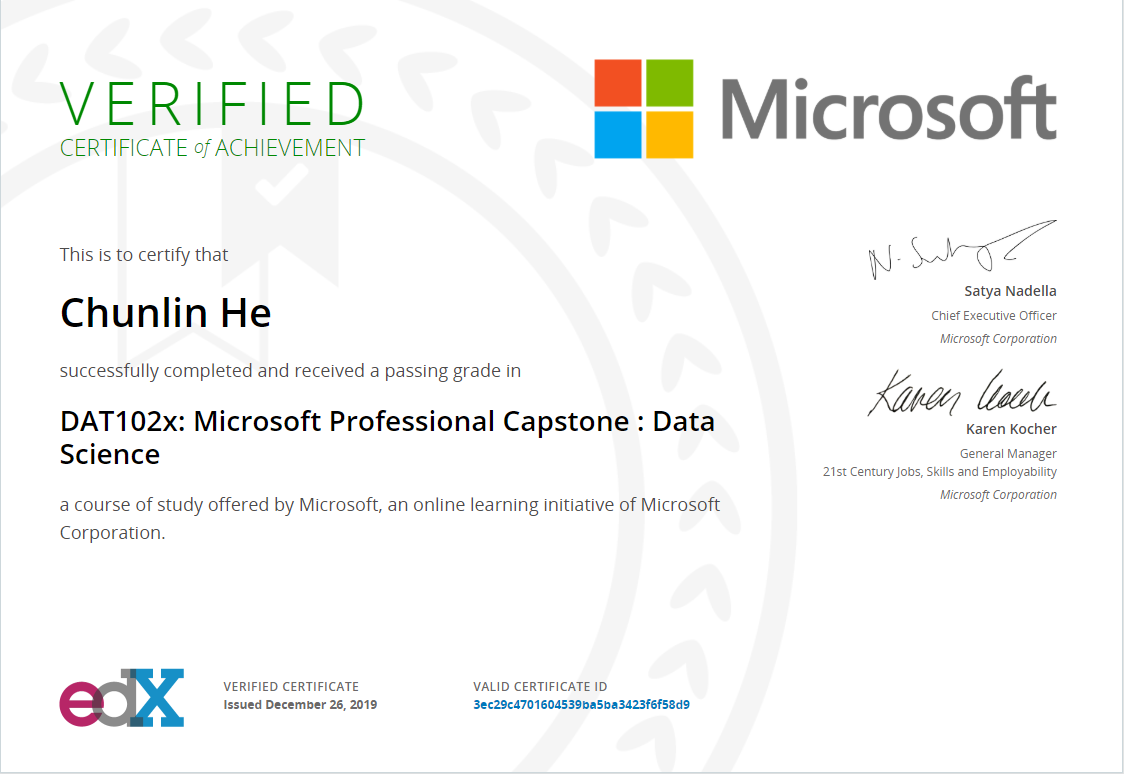 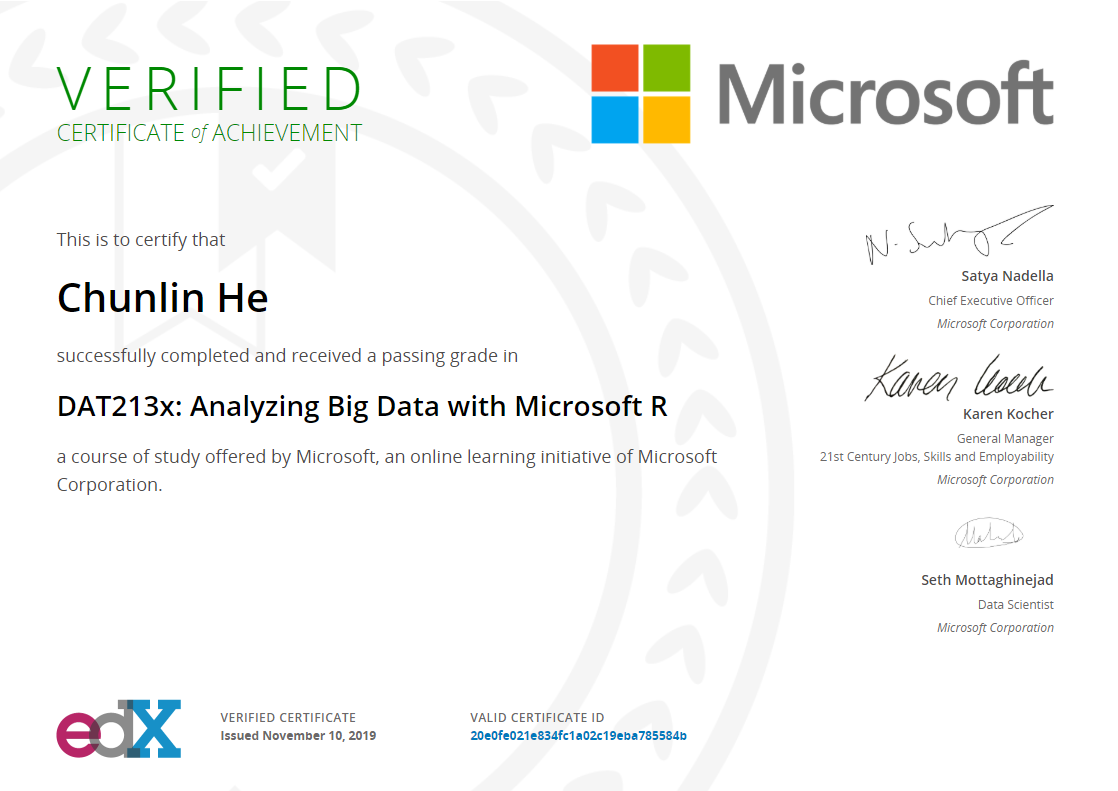 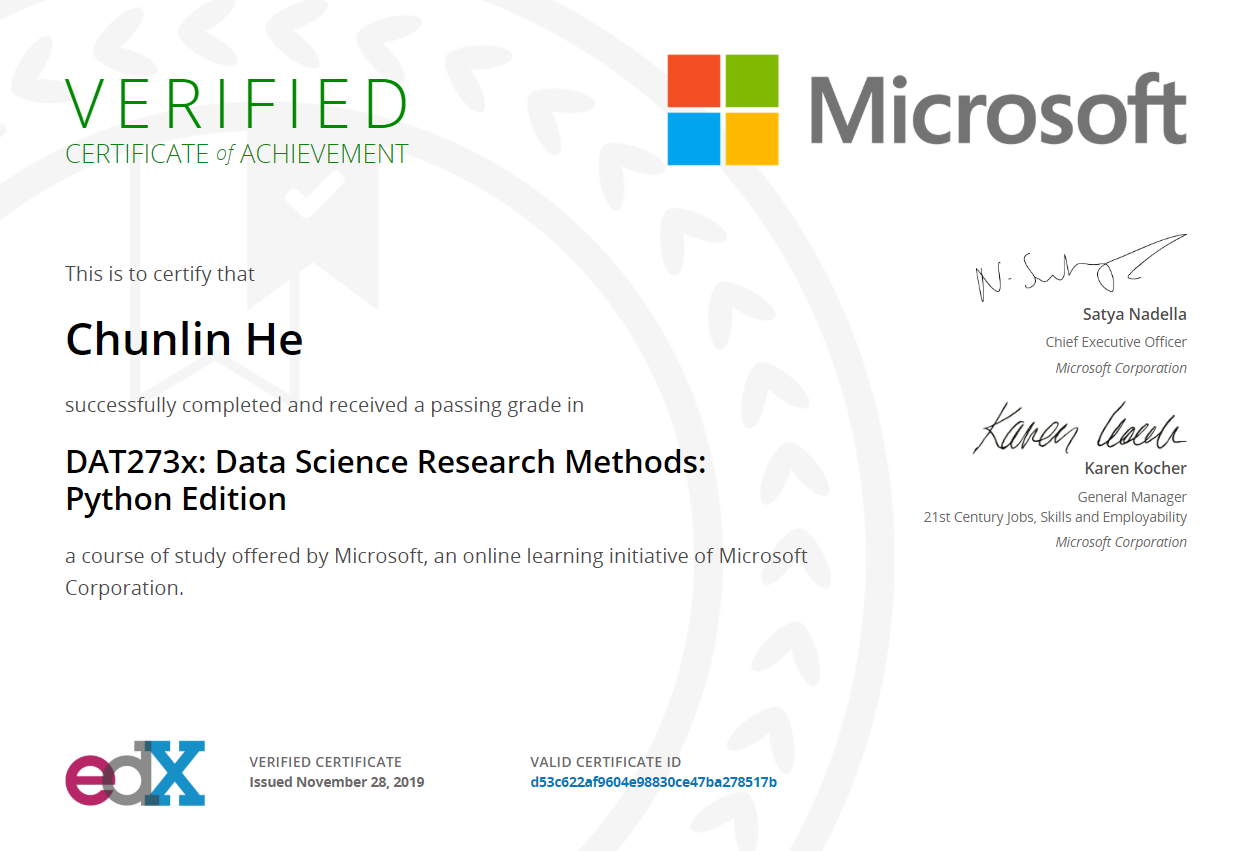 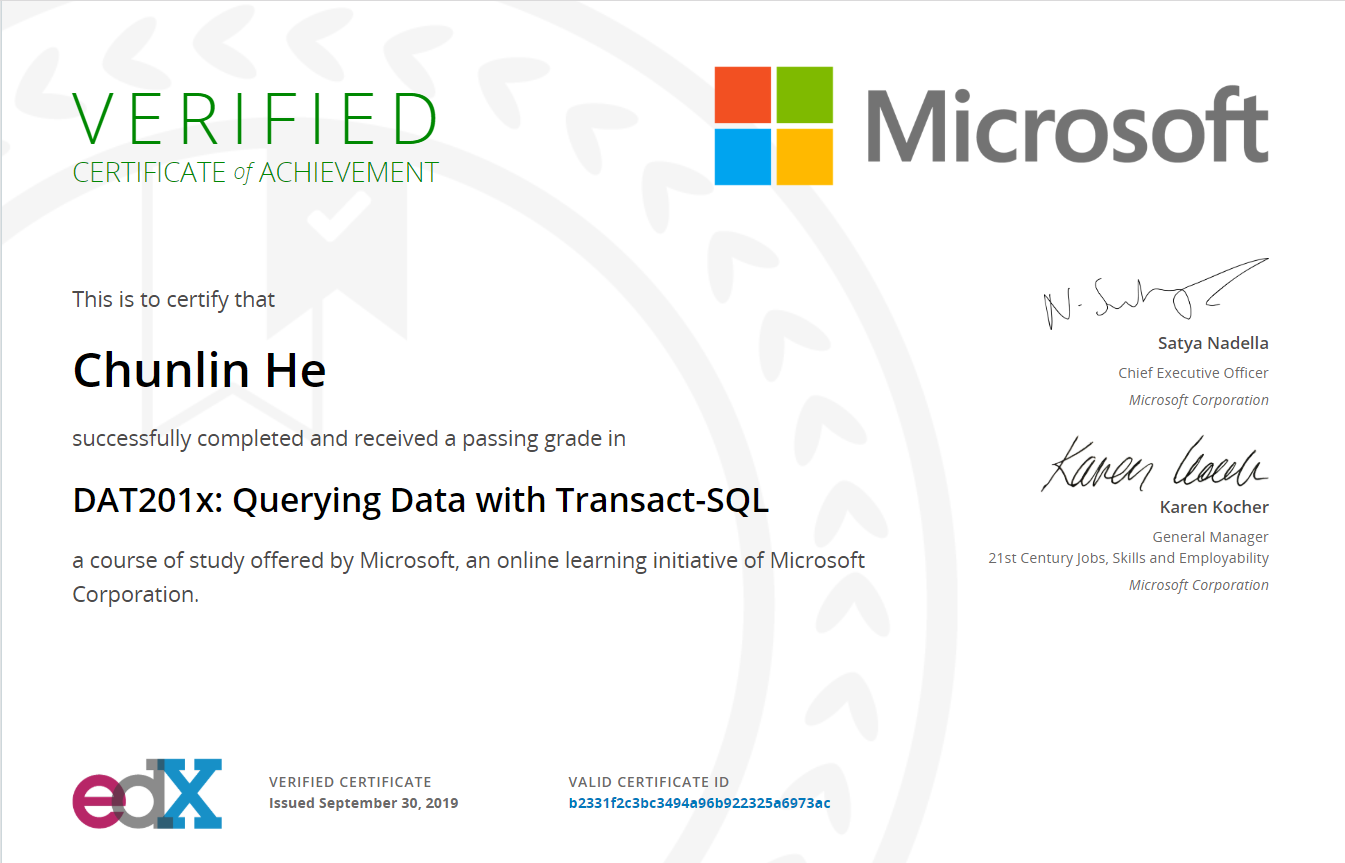 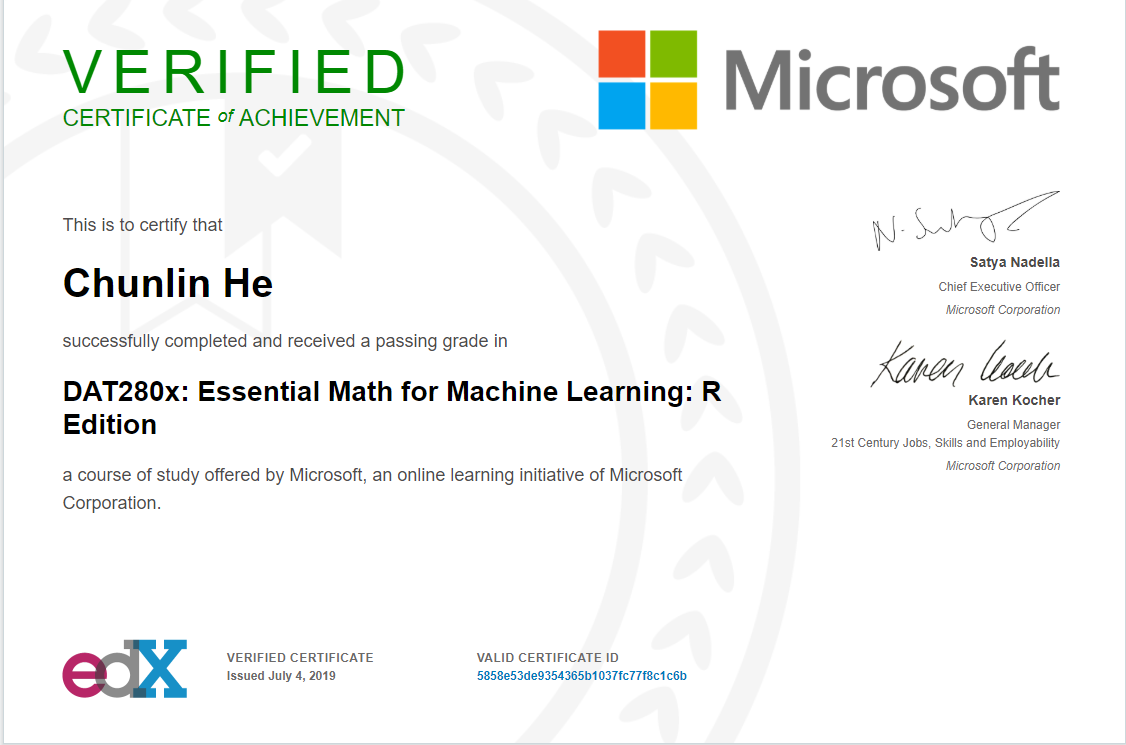 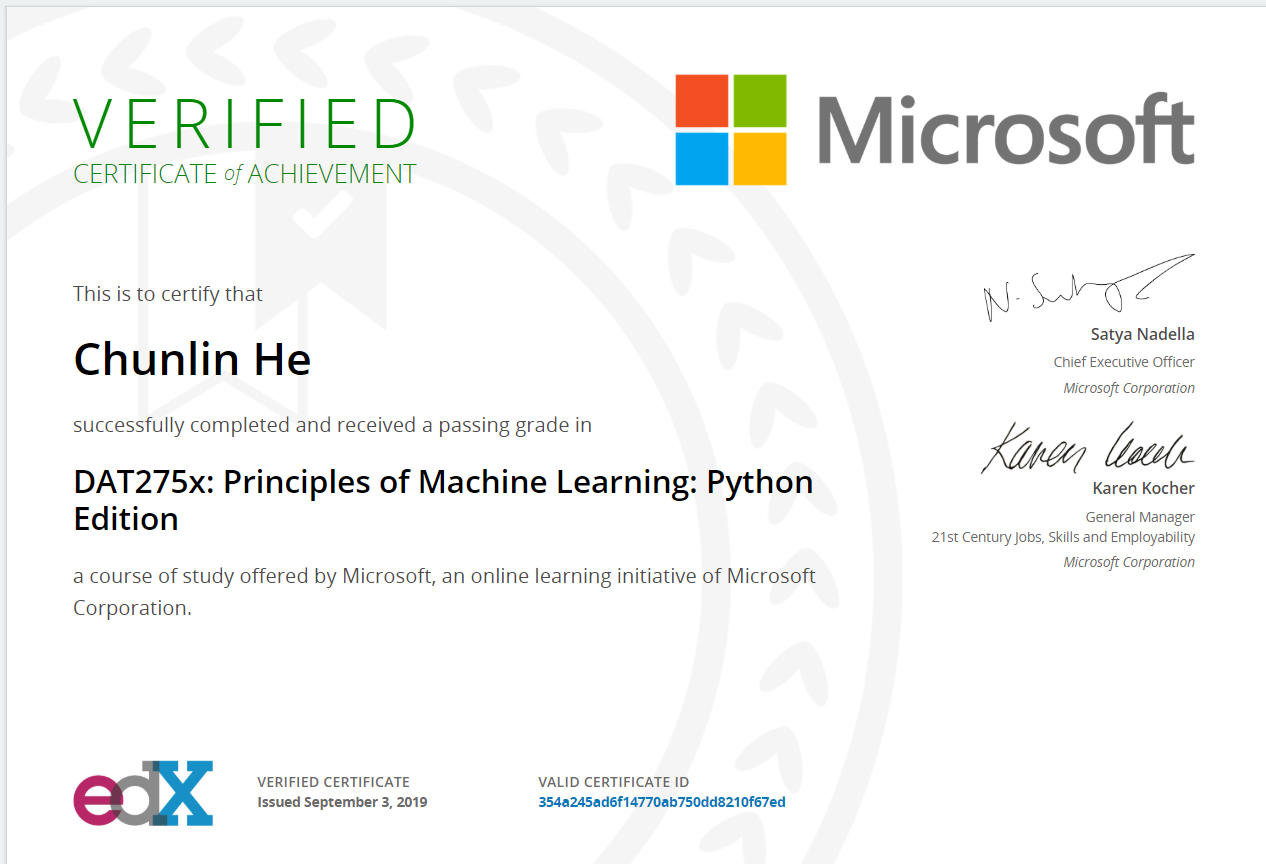 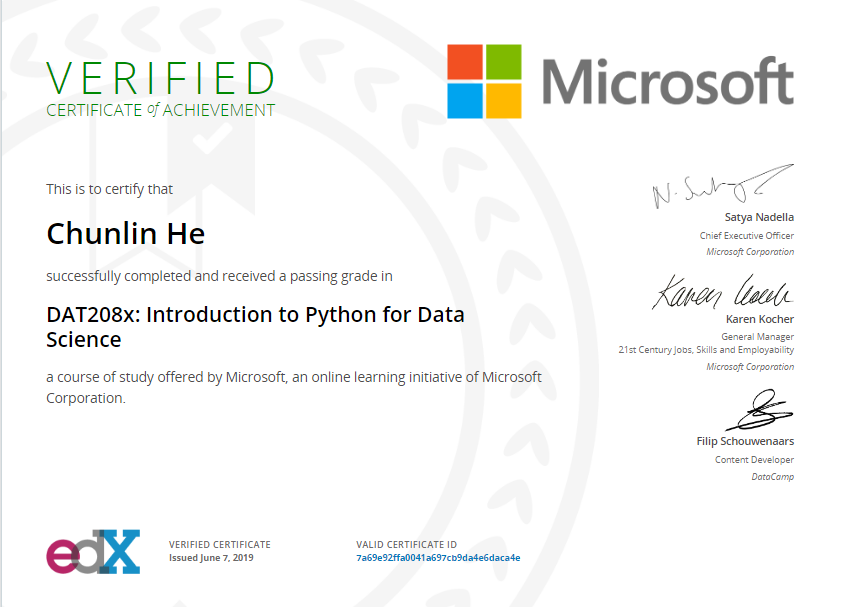 Introduction to Python for Data Science 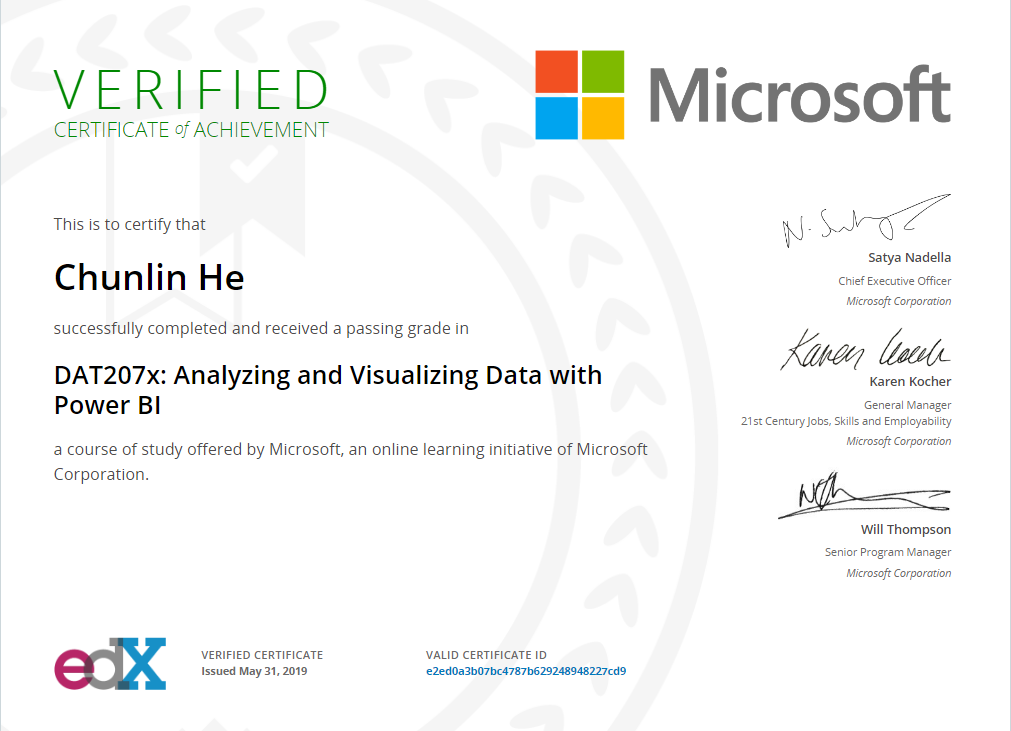 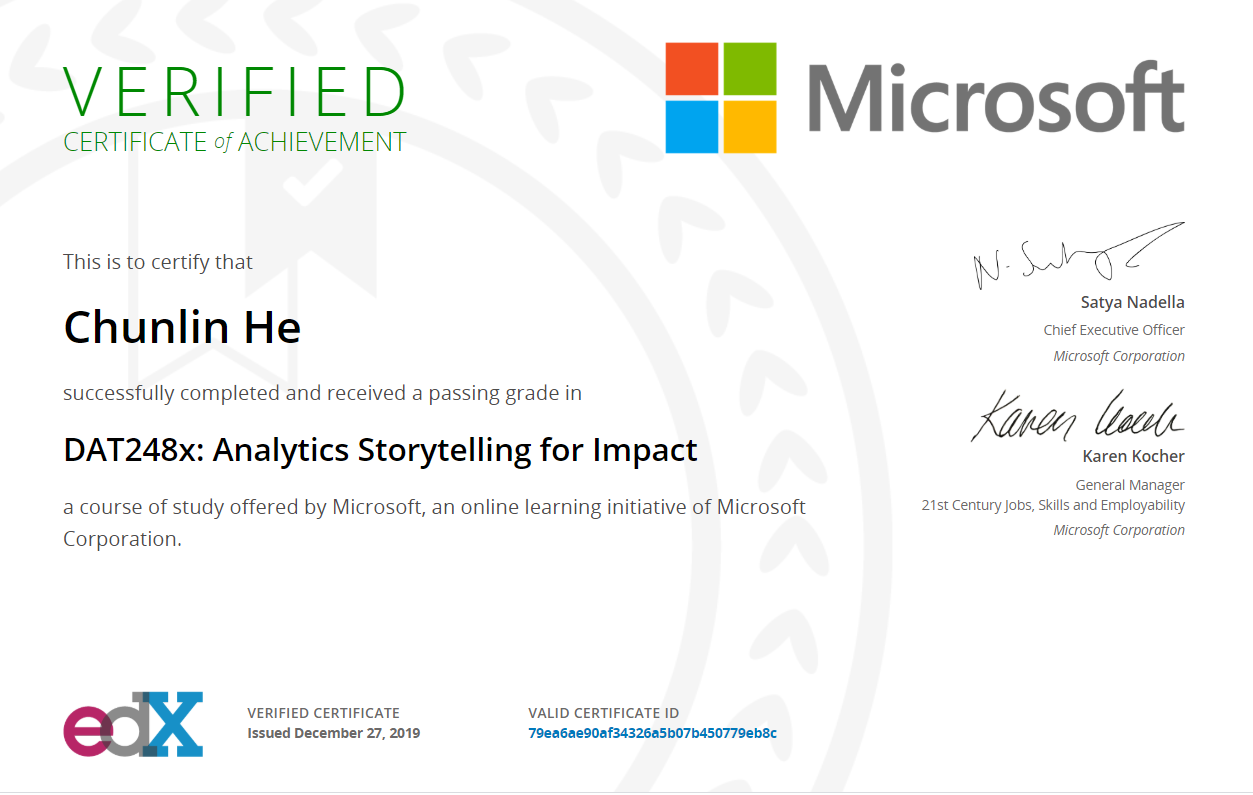 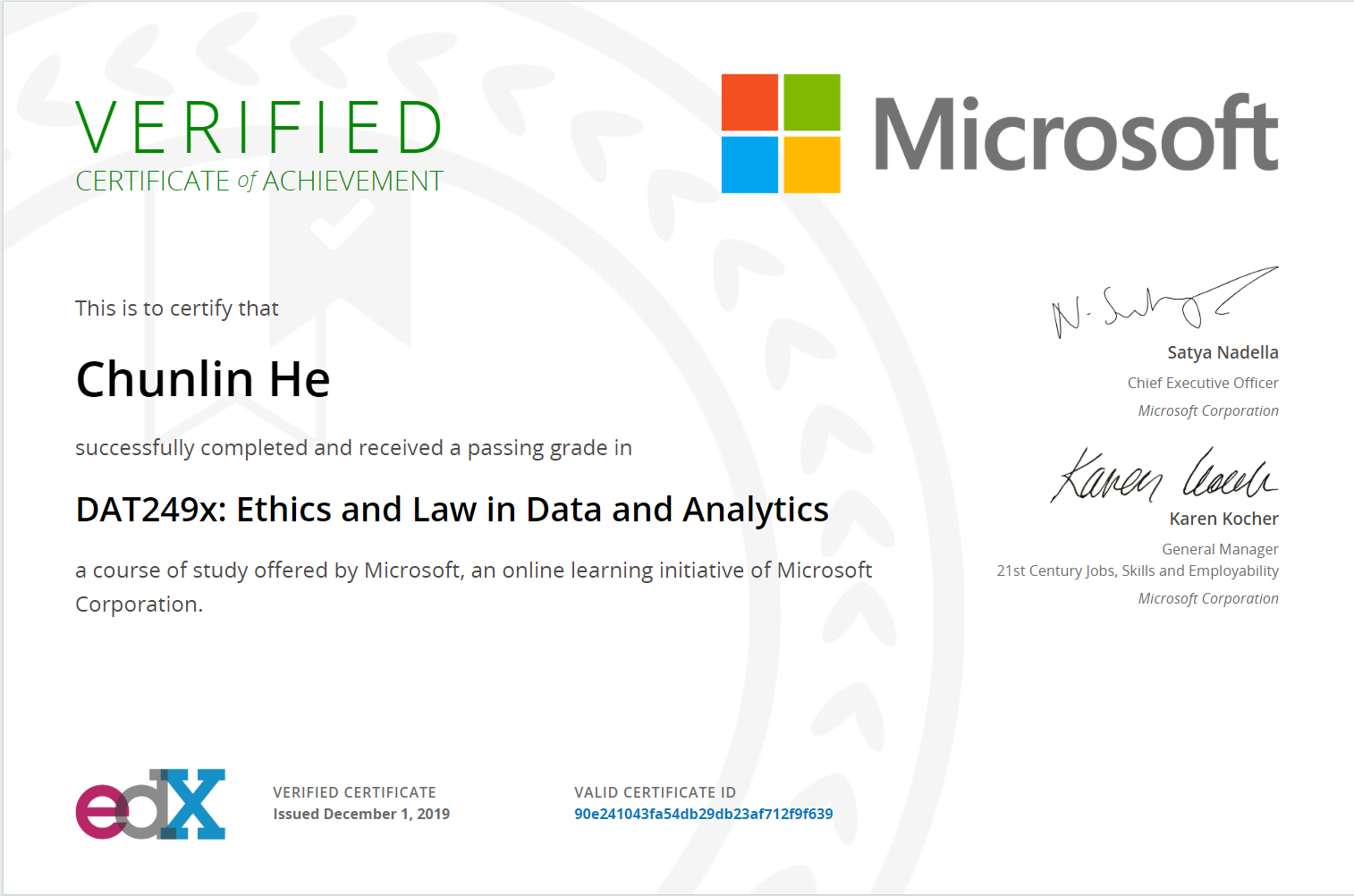 Ethics and Law in Data and Analytics 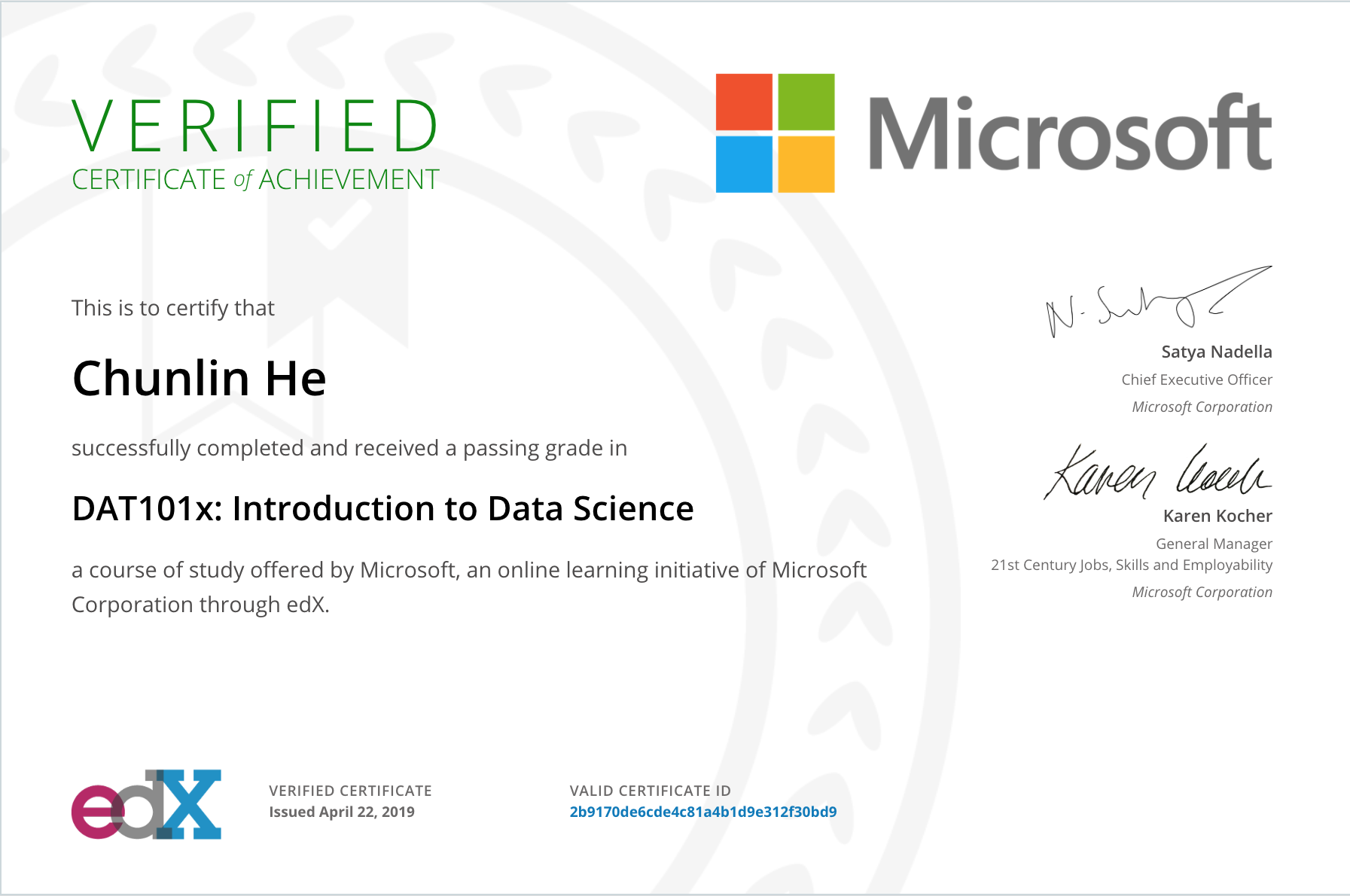 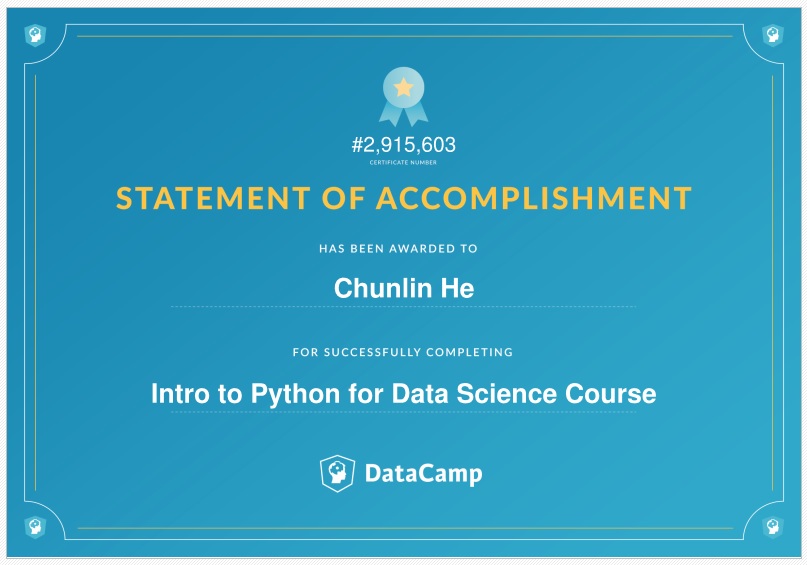 Introduction to Python for Data Science (2016) 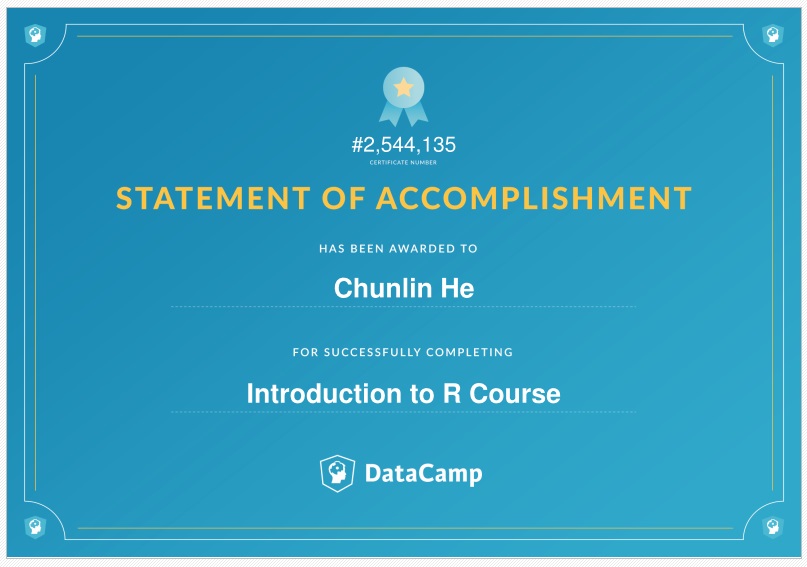 The contents on this site are for preliminary information purposes only based on data-related technologies such as data management, processing, analysis, visualization as well as machine learning.